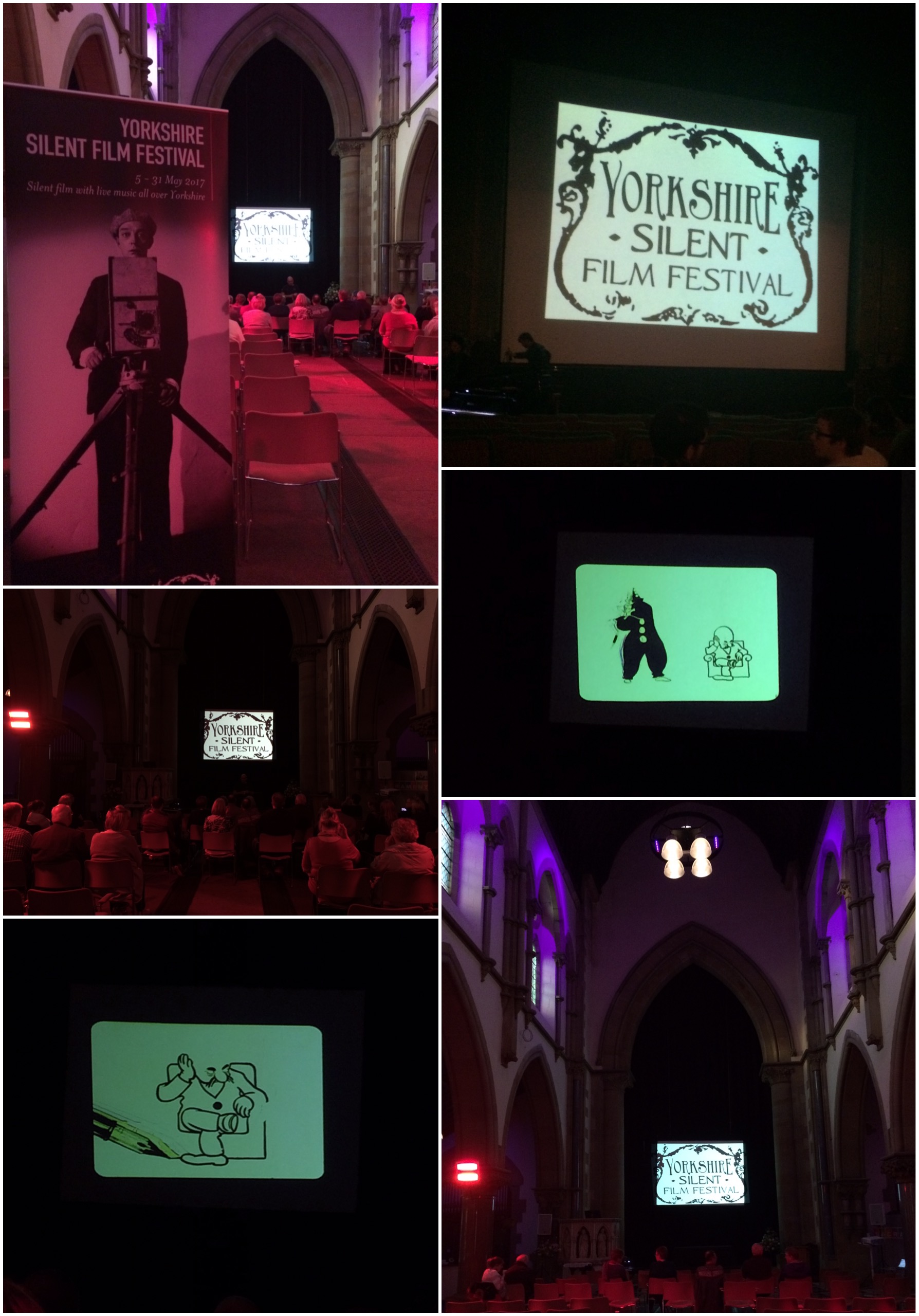 When we started Ossett Observer, six years ago, we hoped to be able to bring Silent Film back to Ossett. There was a long tradition of Silents at The Ossett Palladium, and our Town Hall has for almost 50 years been the home of a fine Compton Cinema Organ, so Ossett and Silent Film seemed like a good fit.

Last night we realised that ambition when we hosted Yorkshire Silent Film Festival at TrinityChurch, for a screening of early animations and Buster Keaton shorts, with Jonny Best, Silent Film Musician at the piano. It was a wonderful evening and the assembled throng, many who had never seen Silent Film before, or experienced improvised music, all seemed to agree that it was a wonderful addition to Trinity’s cultural programme.

If you missed last night’s screening, worry not, the festival will be back next year. Many thanks to those who came and especially to Jonny Best, festival director for including us in their programme. The festival runs until the end of the month http://www.yorkshiresilentfilm.com/