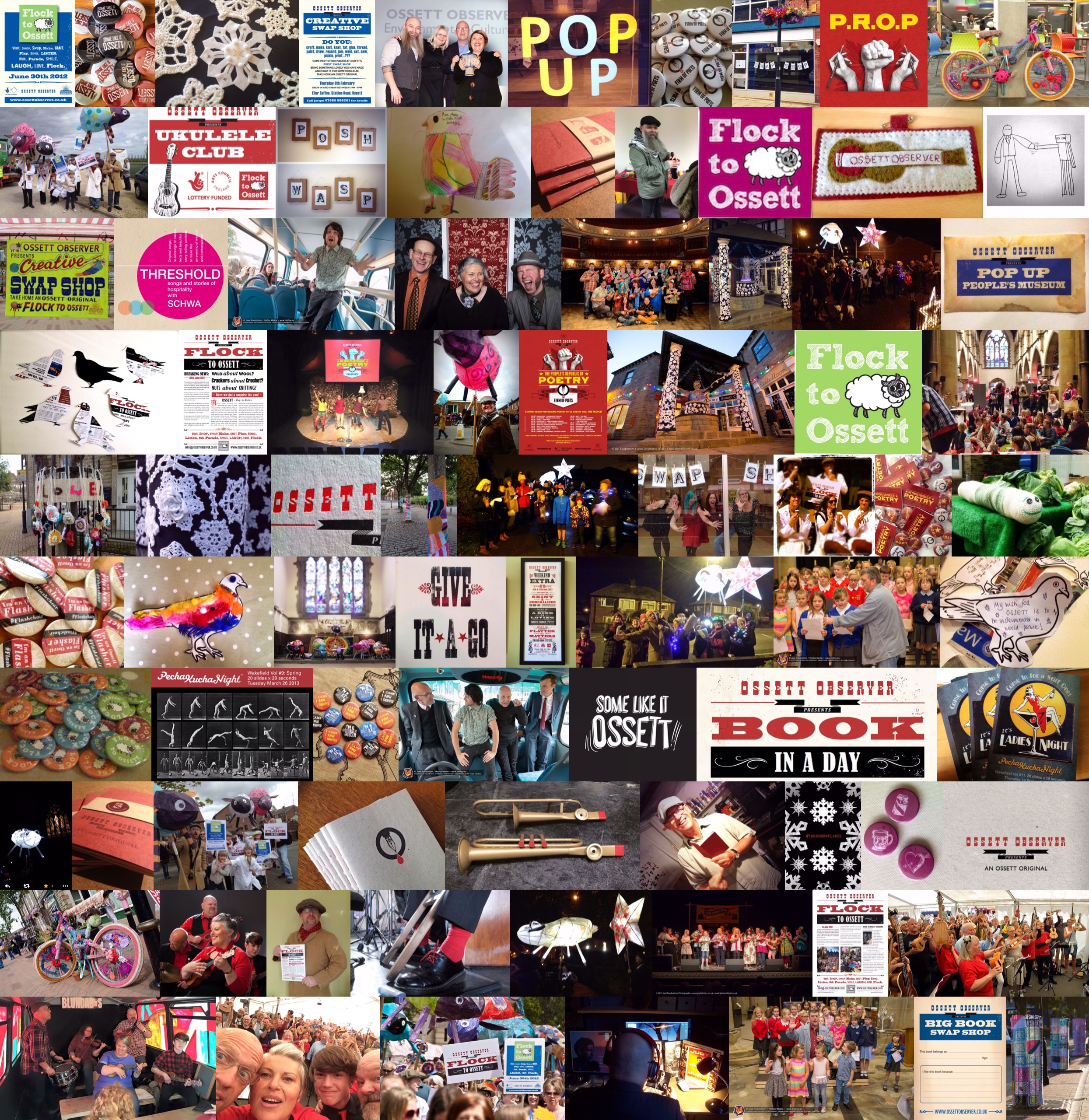 It’s our 5th Birthday. How on earth did that happen? And we’re still not a newspaper! Despite an average of 4 calls a month from folks wanting to place something in our obituaries column or send a photographer to their event, we really are not a newspaper.

If we’d known 5 years ago when we started Ossett Observer, initially as a twitter account, that it was going to develop in quite the way it has, we might have taken choosing a name a little more seriously. But here we are 5 years on, we’ve flocked, we’ve played ukuleles, we’ve adorned our town in wool, we’ve welcomed world class theatre companies and musicians, we’ve played out with poets, pigeons and printers, we’ve inspired a generation of makers and swappers,  we’ve marched with sheep, we’ve flashed (but only at christmas) and we’ve produced regional and national tours for other artists. We’ve inspired people to start their own music groups, poetry nights, and pop up events and it’s been a lot of fun.

We’re not sure what direction Ossett Observer will take from here.  Who knows, we might yet become a newspaper.

Prev: It’s Pure Mikron
Next: Want A Choir In Your Garden??