Dear Readers, this update is being brought to you by Messrs Cold, Cough, Wheeze and Sneeze. I appear to be beset with the lurgy which has irked me somewhat as it’s Wednesday night and as every right thinking person in Ossett knows – Wednesday Nights are Ukulele Nights. I am however under self imposed house arrest hoping that the lurg of lurgs will leave me. So I thought I’d take a little time to update you on what we’ve been up to.

First off, how can it be April? I know the weather is doing a grand job of convincing us that it’s January but here we are in Spring and we’re still trying to shake off the winter blues at The Observer Office.

So … January, we said goodbye to the beautiful #1000snowflakes, what a terrific project that was, I don’t think any of us imagined how beautiful the finished work would be, but it was and it garnered compliments from far and wide and I miss it. So here’s a picture, after all we still have actual snowflakes in our back garden on April 3rd so it’s ‘In Season’. 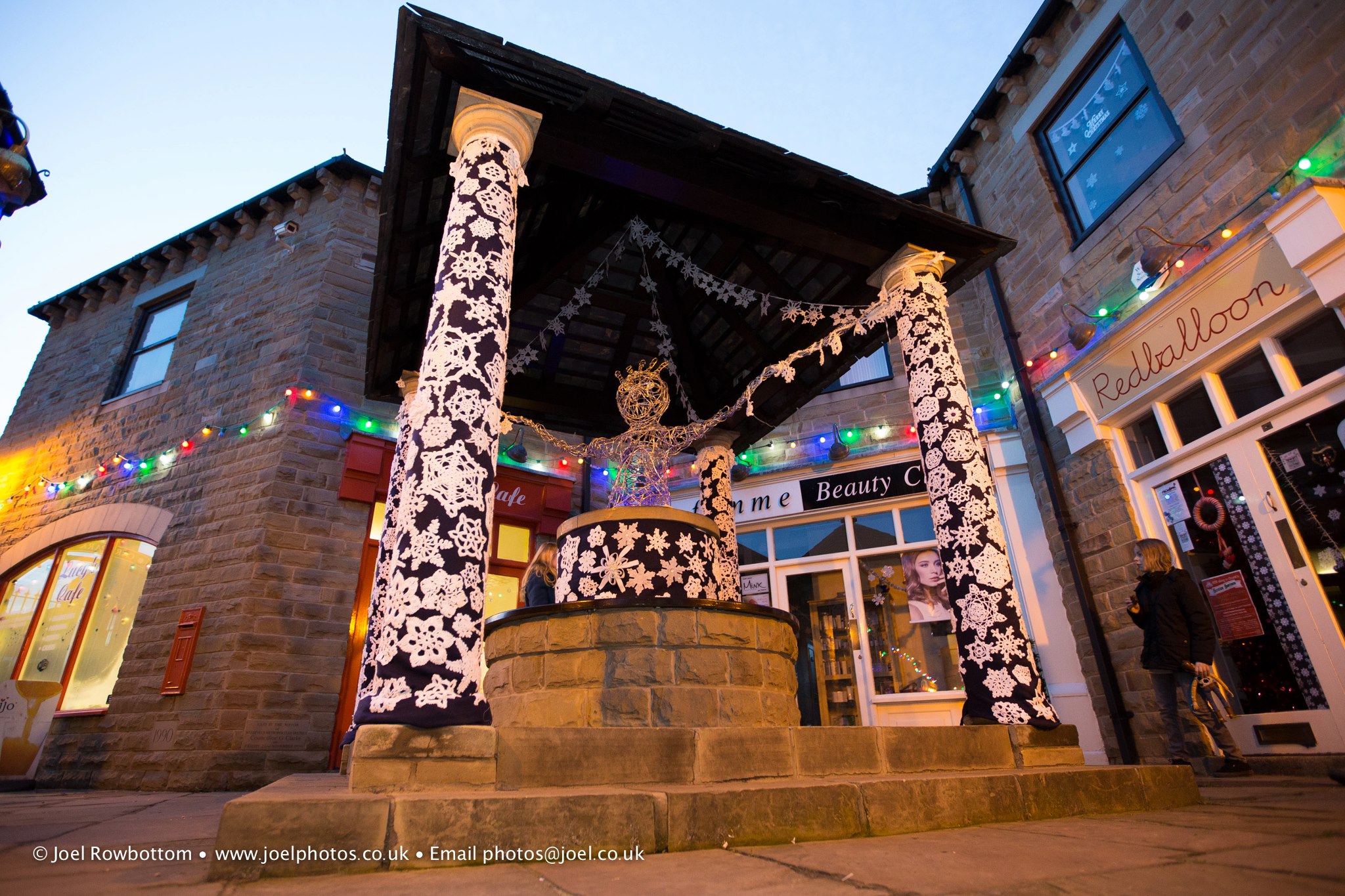 Jan 30th saw us recreating a little bit of Ossett in Wakefield’s new Museum and Library building for the first Artwalk of 2013. We dug out some of the Flock To Ossett woolwork, tarted up our lovely bike, tuned up the ukuleles, printed a special edition of the Ossett Observer OSSETT OBSERVER JAN 2013 and headed on over to Wakefield One for a celebration of all things Flock To Ossett. We had a splendid evening The Ossett Ukulele Philharmonia were in fine fettle and entertained the Artwalkers, the lovely wool covered bike drew lots of attention and we even reunited with some of our paper sheep for one last time. It was a bittersweet affair but it was good to see so much colour and warmth in the depths of winter. 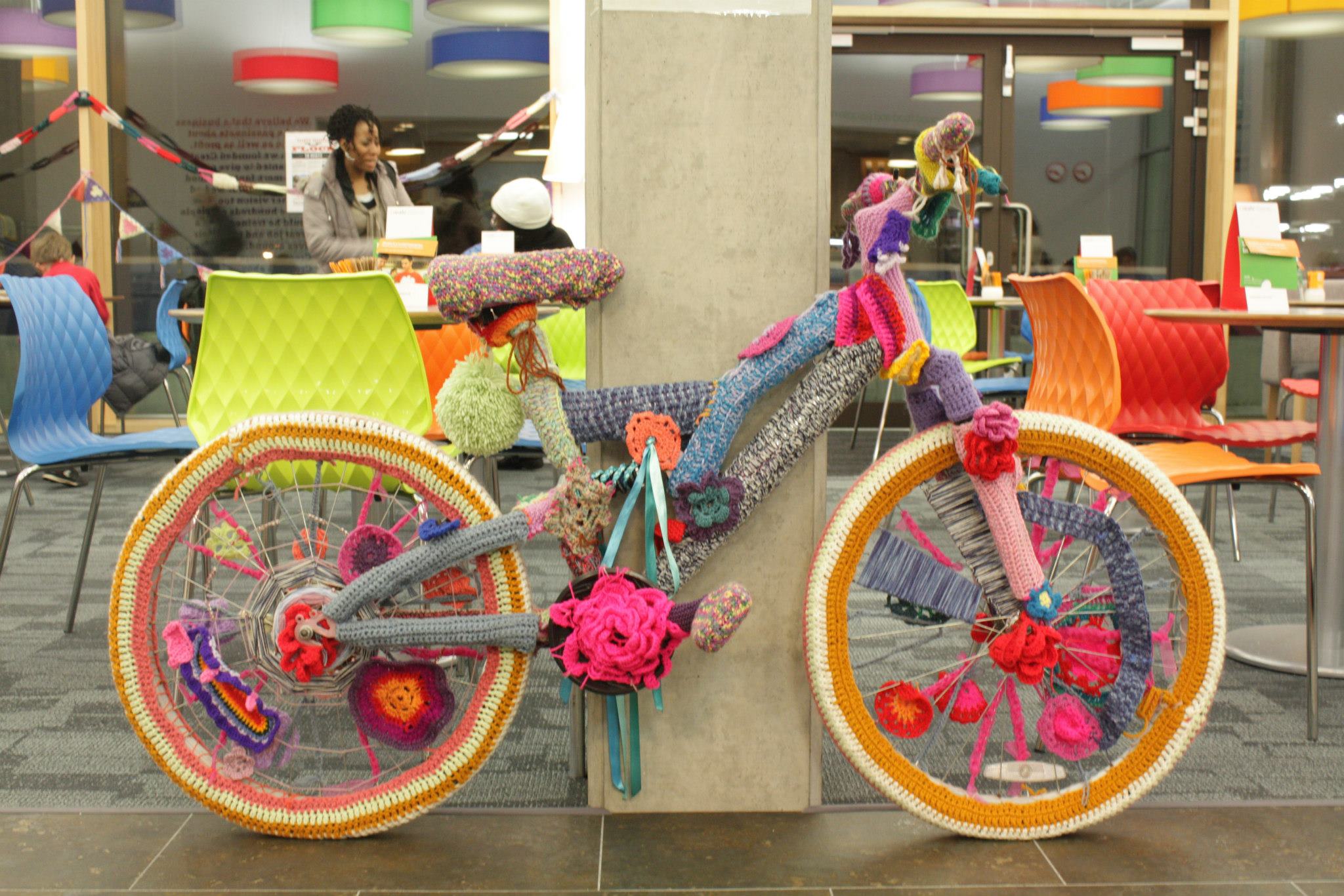 Lady Cassandra, woolworker extraordinaire spent much of February trying to find new homes for our wool. Some of it was donated to Wakefield Hospice and the lovely woollen bike has been donated to Welcome To Yorkshire to accompany promotional tours ahead of Le Grand Depart in 2014. We think it fitting that a bike made in the heart of the Heavy Woollen District should herald the arrival of the Tour De France.

We’ve been busy consolidating creative partnerships with Testing The Razor  the folks who brought Torvil and Dean to Ossett and Faceless Arts  terrific supporters of Ossett Observer and partners in Art Crime. So we hope to be able to bring you more lovely stuff later in 2013.

Ossett Ukulele Philharmonia goes from strength to strength. After a trailblazing performance at Junction Goole‘s ‘Uke Off’ we are looking forward to many bookings for the summer, including performances at Disability Rocks, Long Division Festival, Grassington Festival,  Harrogate International Festivals, Pontefract Miners Gala and Brighouse Festival. And let’s face it, if this lot wanted to sing to you, could you refuse? (photo by Diane Allen) 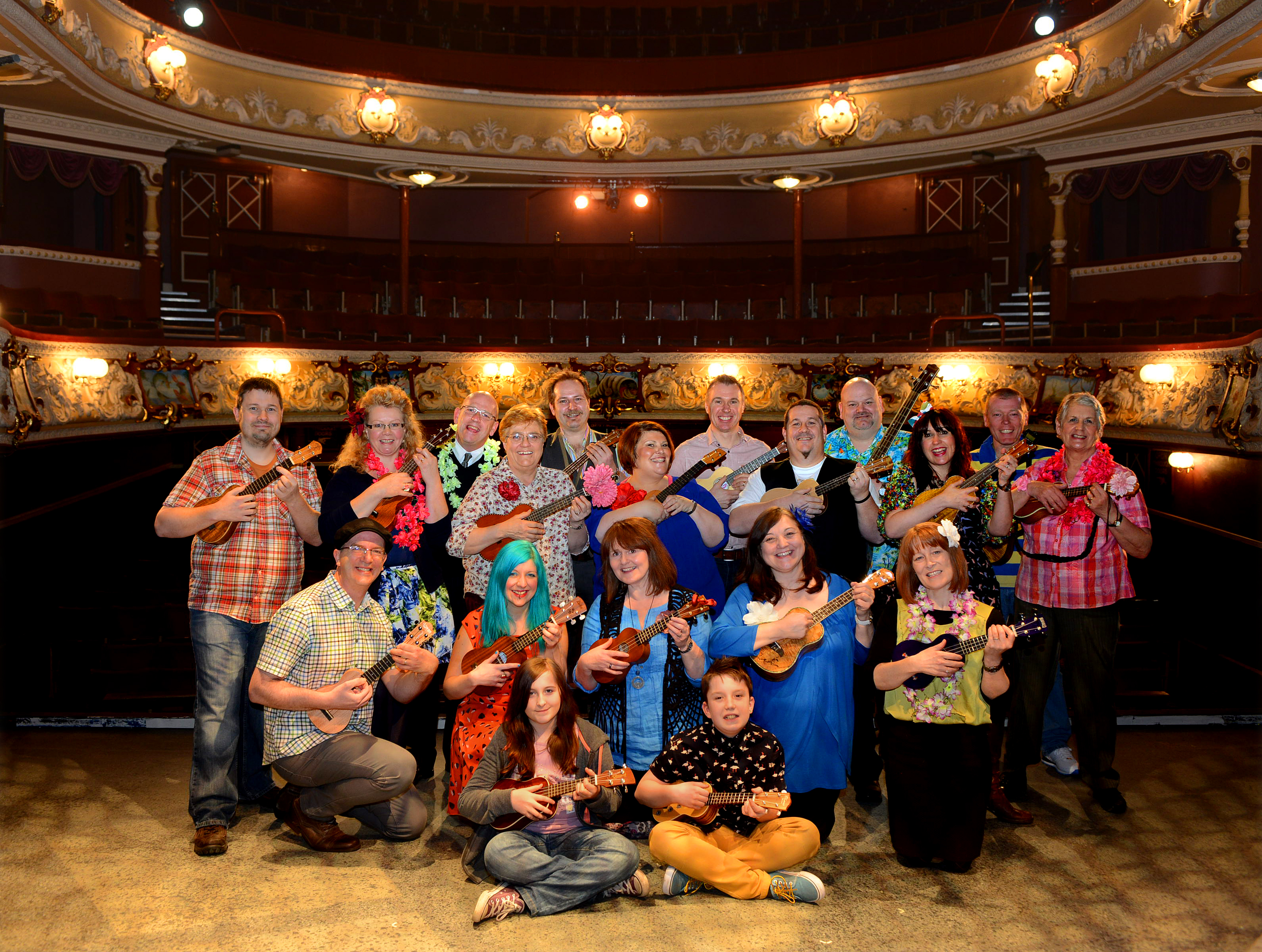 March saw a partnership between Ossett Observer, The Hepworth Gallery and The Art House Wakefield. We were invited to curate a Pecha Kucha event for Wakefield. Pecha Kucha is a quick fire presentation format where each speaker has to make their point in 6 mins 40 seconds by showing 20 slides and talking about each slide for no more than 20 seconds. It’s a format that’s been used by architects, artists, teachers and show-offs around the world. We gathered a mixed bag of folks to make presentations on the theme of Spring and it was a tremendous evening. I felt extremely proud of the event as it was a representation of the loveliness that we’ve tried to create around Ossett Observer projects. There were many familiar faces at the event, friends that have been made through this project, people we have come to know as ‘Ossett Observers’ … Cassandra Kilbride, dropped everything and at the last moment came to help me dress the room. Ralph Dartford in his guise as Mr Beaumont created a special ‘Spring themed’ playlist for the event, Tony Shephard designed another wonderful piece of promotional material and badges to give away, Kylie Tilford, Matt Abbott, Tony Wade, Sam O Brien, Susan Burns and Helen Robinson all friends of Ossett Observer made terrific presentations and there was more than a smattering of recognisable folks in the audience who always turn out to support our endeavours.

We also made new friends and we hope spread the word a little bit about what we like and what we are like. 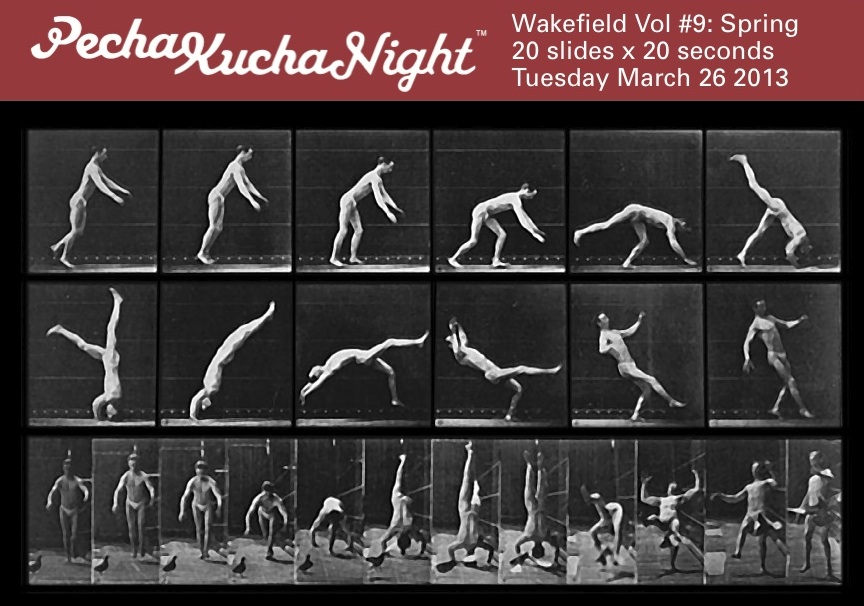 So what next? Well the Ukulele Philharmonia goes from strength to strength. We’ve got a monthly Ukulele Drop In going at Eller Coffee, we’ve commmissioned a book of poems from Ralph Dartford that will be designed and illustrated by Shephard Creative , and we’re trying to find time to make a book of your memories of last summer. A Flock To Ossett Memento.

And finally … as if that lot wasn’t enough, we’ve been nominated for an award by Dan Thompson of #emptyshopsnetwork and #riotcleanup fame. We’re extra super thrilled about this because it’s a Towns Alive Award and just being nominated has put us in terrific company made us feel extremely chipper and as though we’re doing something right and we’ve been noticed.

So … on on … there is more observing to do. Won’t leave so long between updates next time 🙂