FlashChoir is an annual event that we started in 2013. Aside from the bigger projects we undertake, we also like to just turn up and do things with very little notice and see who might like to come with us. In 2013, we noticed that many families in Ossett make a HHUUUUUGE effort with their Christmas Decorations so we decided to repay them by putting an unrehearsed, ramshackle band of enthusiastic singers together and parading the streets of Ossett bringing good cheer. Despite the wind at the rain, we’ve had a terrific time.

Flashers in 2013. A Merry Band of enthusiasts. 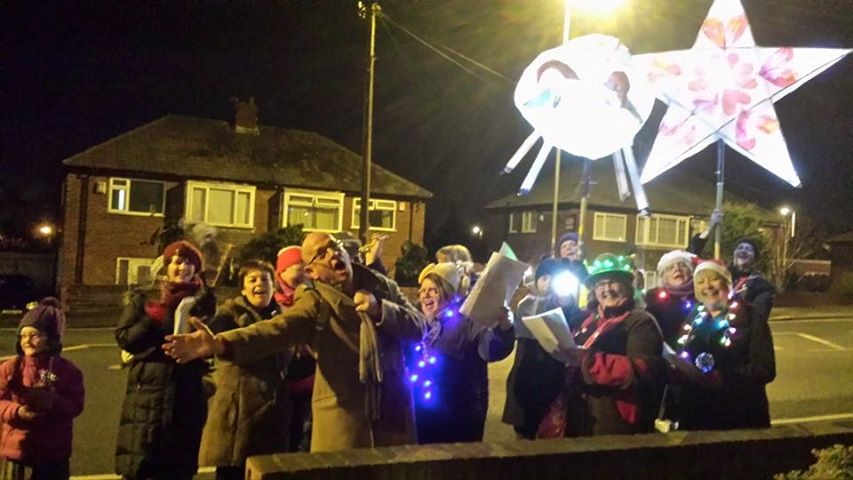 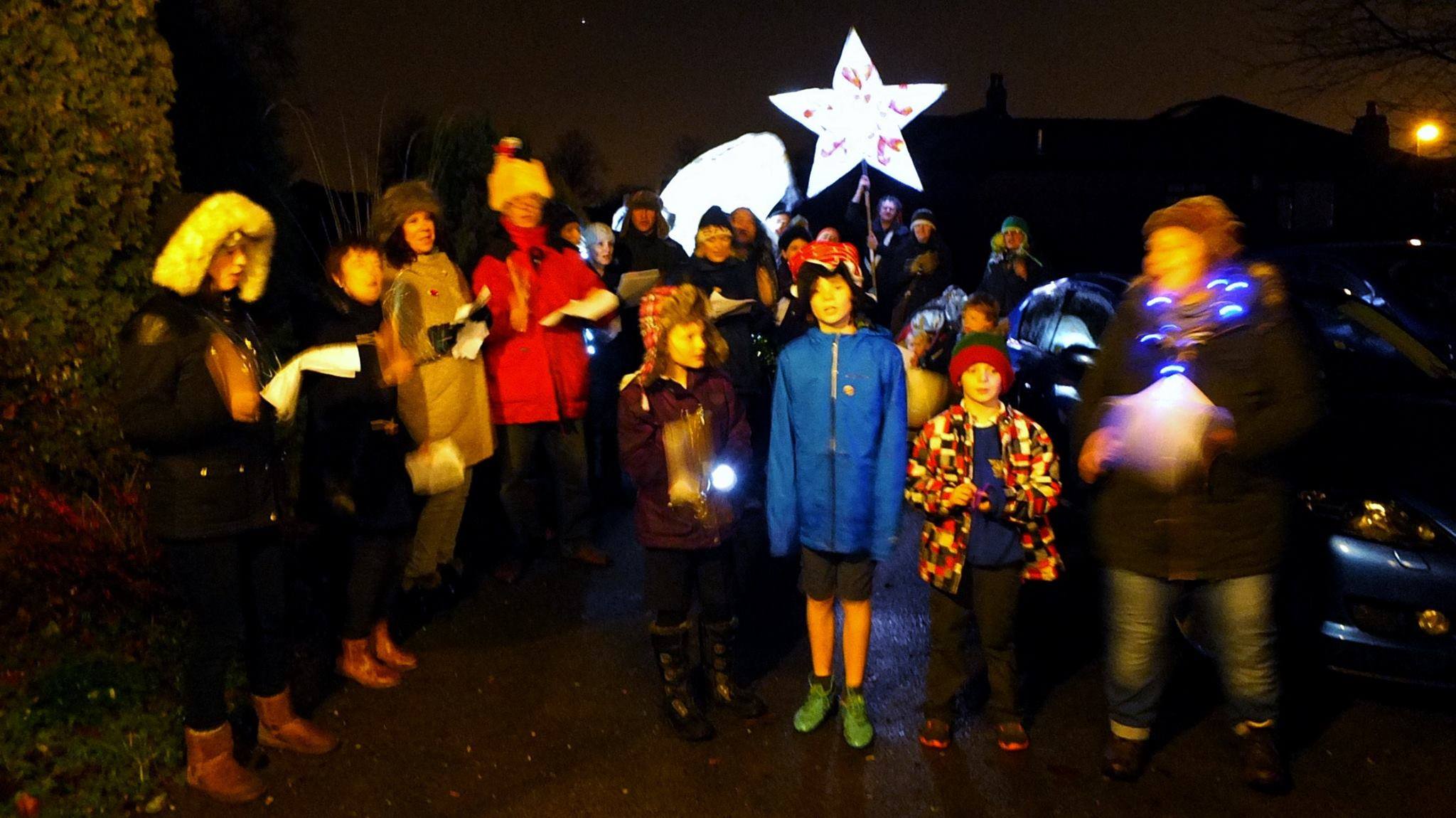 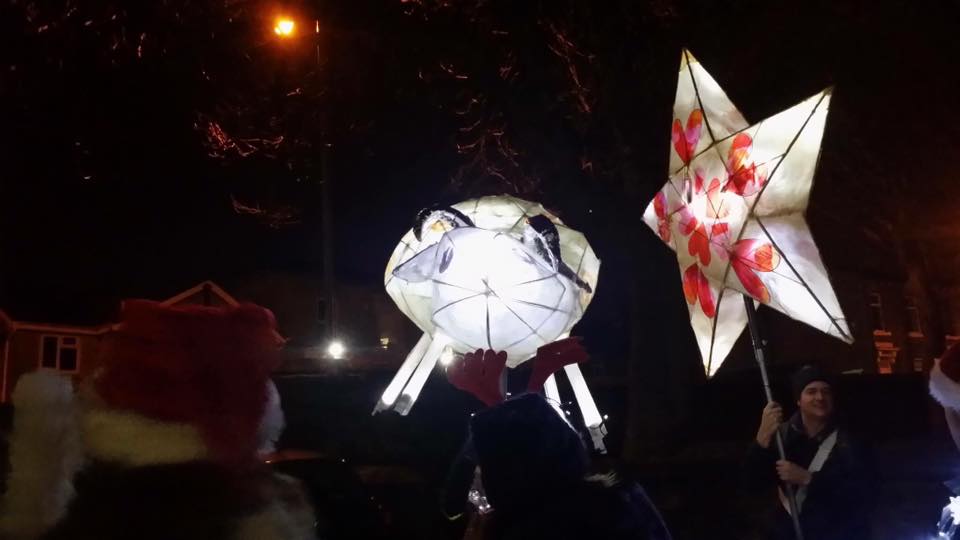 And in 2016 … our biggest #FlashChoir to date, over 40 Ossett Flashers joined us to parade and sing. Accompanied this year by the terrific Richard Ormod … Brass Band next year I reckon 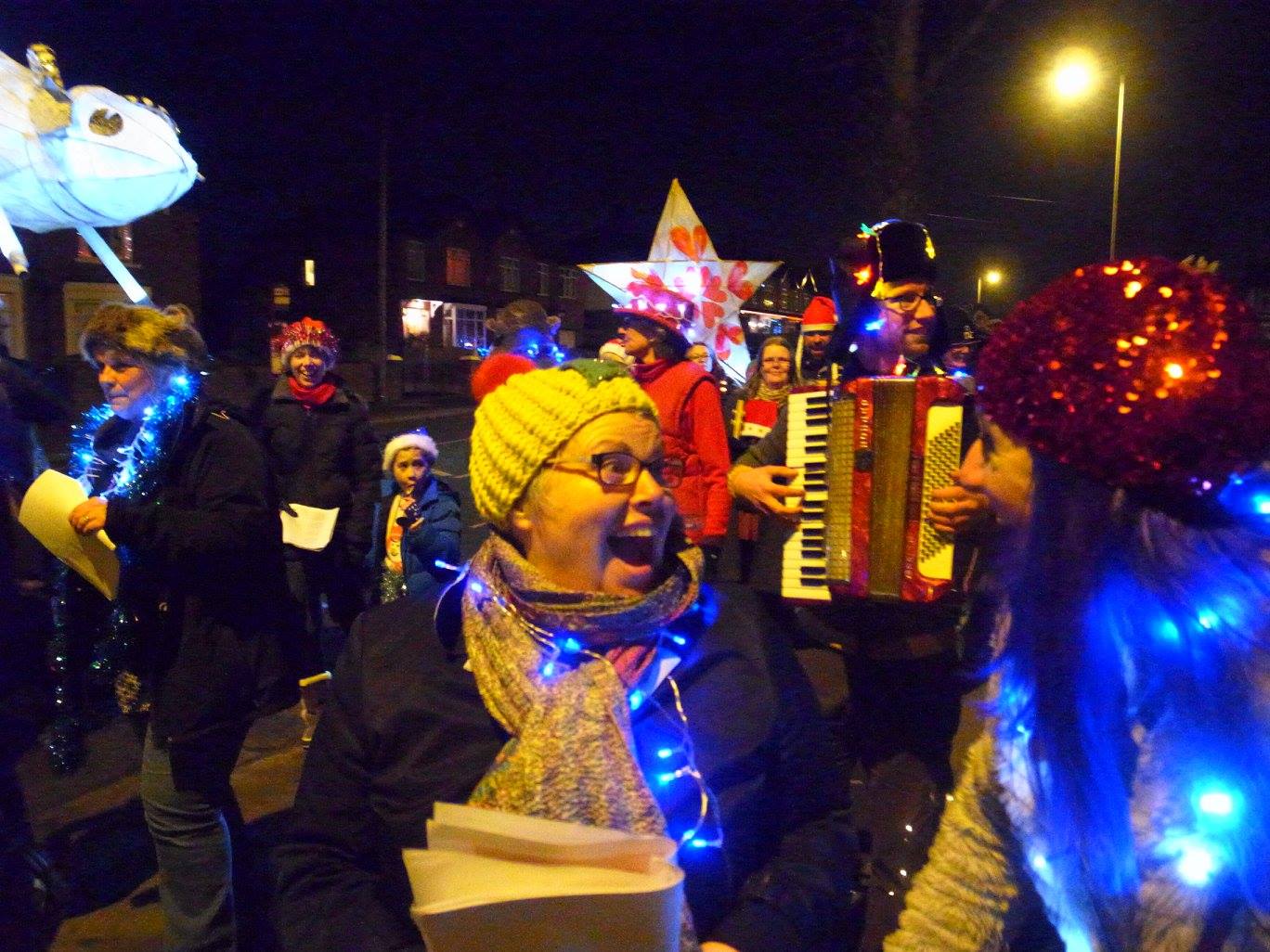 You don’t have to be able to sing to join FlashChoir, you just have to have a warm coat, sensible walking shoes and a good sense of humour. Keep an eye out on our blog pages for an invitation to join us in 2017. We love this project.