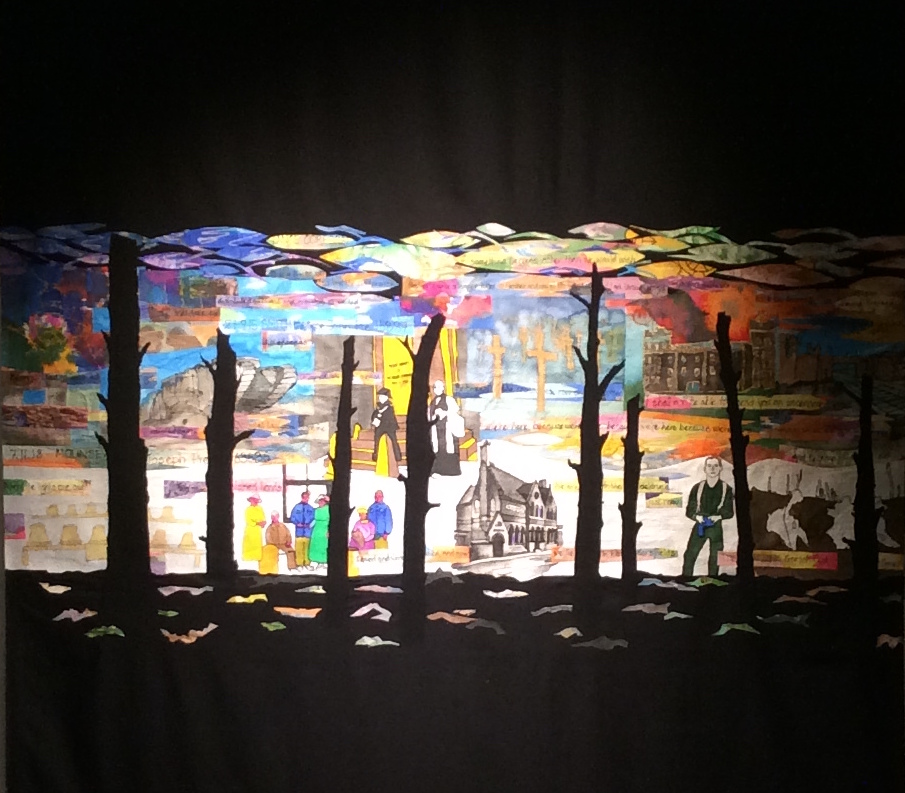 Today I took time out to visit a new installation from Faceless Arts, this was my first visit to Pontefract Library and Museum and as soon as I entered the building I found myself wondering ‘WHY? why had I not been here before’. It’s a beautiful Art Nouveau (1904) building and as such was the perfect setting for Faceless Arts immersive installation ‘The Great War Inspires’.

Funded by Arts Council England, this brand new commission tells the story of how The Great War affected the people of Pontefract.

On entering, the music of Charlie Wells resonated around the building and I’d left 2014 behind me in the street outside and was firmly supplanted in 1914, the year that the great war broke out. Faceless had worked with members of the local community to gather testimony and create large-scale wall hangings that depict the affects of battle. The wrap-around nature of the artworks, the lighting and musical collage told a moving story of how war, isolation, camaraderie and family helped people through the years from 1914-18.

Helen Thomas (visual artist) had created beautifully detailed banners containing colourful images of Pontrefact interspersed with the bleakness of the withered trees of no-man’s land. Similarly Charlie Wells (composer) created a soundscape that interspersed verbatim testimony, newspaper cuttings, poetry and music hall songs interspersed with the sounds of battle which made me want to duck for cover as I contemplated the exhibits.

It’s a beautifully, subtle exhibition that encourages the visitor to dwell and contemplate the huge contribution that small communities like Pontefract made to the Great War. 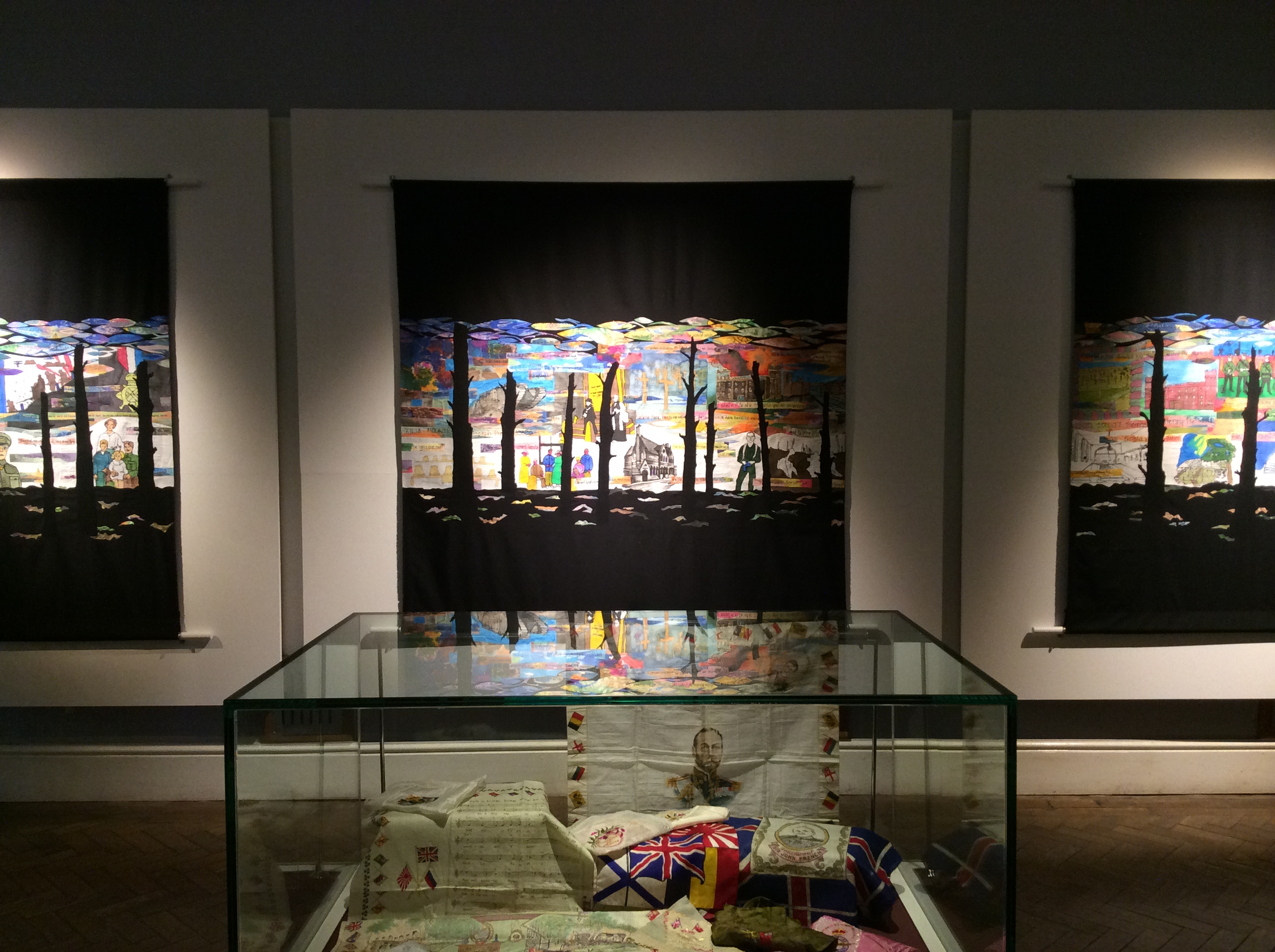 Prev: Ossett Observer’s Annual Round-Up
Next: Join Us for #Observer150